We see media as the fourth branch of the government, it needs to be gender sensitive! We conducted a research on 8 media houses, 188 professionals to introduce a gender policy and improve it.

Do we reject AD’s that are immoral, that devalue women, that are sexist and have a stereotyped content?

We have to be aware of our institutional attitude and commitment. check the link on assessment made on school violence 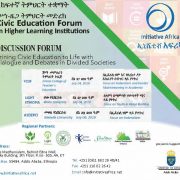 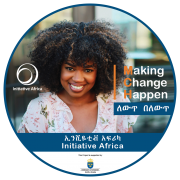 “A new program to enhance civic education and to open debate between opposing views in higher learning institutions.” The 4th educational theater  performance held at kelem werk secondary school on the 27th of March. This amazing students impressed everyone with their talent for acting and making a great stand on bullying and violence free school. #MakeChangeHappen #NoPlaceForBullies 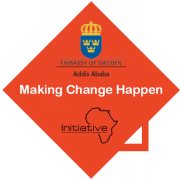 Initiative Africa has signed a project agreement with the Embassy of Czech Republic in Addis Ababa on a project titled “Improving school based violence prevention programs through meaningful planning”. The project will focus on reducing school violence and will be implemented in selected 12 secondary schools in Addis Ababa. The agreement is signed today by  H.E. Pavel Mikeš, Czech Ambassador to FDRE and Mr. Kebour Ghenna, Executive Director of Initiative Africa.