2021 Theme: A Call for Social Justice in the Digital Economy

The digital economy is transforming the world of work. Over the past decade, expansion in broadband connectivity, cloud computing, and data have led to the proliferation of digital platforms, which have penetrated several sectors of the economy and societies. Since early 2020, the consequences of the COVID-19 pandemic have led to remote working arrangements and allowed for the continuation of many business activities, further reinforcing the growth and impact of the digital economy. The crisis has also laid bare and exacerbated the growing digital divide within, between and across developed and developing countries, particularly in terms of the availability, affordability and use of information ICTs and access to the internet, deepening existing inequalities. 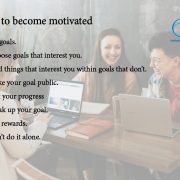 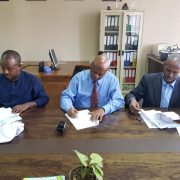 During the IGF First Round Call, three [3] Chambers from the Tigray region [i.e., Tigray CCSA, Mekelle CCSA and Axum CCSA] were successfully selected to be part of the first-round beneficiaries. Following up the recent conflict in Tigray region and interruption of any means of communication between the region and other parts of the country, Initiative Africa IA was on hold of finalizing the process towards the signing of the agreement.

Immediately after the telephone communication had restarted in Mekelle city, IA invited representatives from Tigray and Mekelle Chamber of Commerce and Sectoral Associations in Addis Abeba. The reason for it was to discuss on any necessary modifications towards the prior project activities, due to the current situations, as well as finalizing the signage of the agreement and proceed towards the implementation. IA had a very fruitful discussion with both chamber representatives regarding their project and was able to sign the agreement accordingly. The collaborative effort with these two chambers as well as the remaining IGF beneficiaries will be strengthened to successfully implement their project in addressing the issues of the private sector.

In the coming week, IA  is also planning to finalize the agreement and begin implementation of the project with Axum CCSA which as well was interrupted due to the communication blockage in the region. 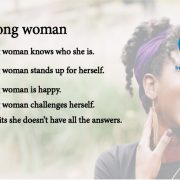 1. A strong woman knows who she is. 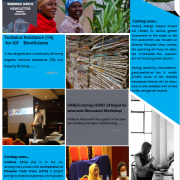